Instructor Bio:
Dr. Peter Millett is an orthopaedic surgeon and partner at the internationally renowned Steadman Clinic in Vail, Colorado. Consistently selected as one of the "Best Doctors in America," Dr. Millett specializes in disorders of the shoulder, knee, and elbow as well as all sports-related injuries.

He uses advanced open and arthroscopic surgical techniques to restore damaged joints, ligaments, and bones. His focuses include advanced shoulder arthroscopy, arthroscopic stabilization surgery and the treatment of athletes with shoulder injuries. He also has expertise in complex and revision shoulder surgery and total joint replacement.

Prior to coming to Vail, Dr. Millett held a faculty appointment at Harvard Medical School and was formerly Co-Director of the Harvard Shoulder Service and the Harvard Shoulder Fellowship. While in Boston, he also founded and directed the Musculoskeletal Proteomics Research Group at Harvard, where his team discovered and patented the protein profile for osteoarthritis. His clinical practice in Boston was based at the prestigious Brigham & Women's and Massachusetts General Hospitals.

He has authored over 90 peer-reviewed, scientific articles, numerous book chapters, and 2 books on Orthopedics, Sports Medicine, and Shoulder Surgery. You can view much of his work under the Press and Publication area of this website. His academic work has been recognized with awards from several international societies, including the 2010 Achievement Award from the American Academy of Orthopedic Surgeons for his contributions to the field.

Dr. Millett also serves as a shoulder and sports medicine consultant to the country of Bermuda and has treated elite athletes from the NFL, NBA, MLB, NHL, X-Games, and the Olympics. Board Certified by the American Board of Orthopaedic Surgery, Dr. Millett is also a member of numerous academic societies including the American Academy of Orthopaedic Surgeons, the American Shoulder and Elbow Surgeons, the American Orthopaedic Society for Sports Medicine, the Orthopaedic Research Society, the Arthroscopy Association of North America. ?Dr. Millett is also affiliated with the United States Ski and Snowboard Association and has served as a team physician for the U.S. Ski Team and as a consultant to the Montreal Canadiens, professional hockey club.

A native of Pennsylvania, Dr. Millett received his undergraduate degree from the University of Scranton, in Scranton, Pennsylvania and his medical degree from Dartmouth Medical School in Hanover, New Hampshire. He also studied as a research scholar at the University of Cambridge in England, where he was awarded a master's degree in science (M.Sc.) for his work in skeletal biology.

Dr. Millett performed his orthopaedic residency training at the Hospital for Special Surgery in New York City, part of Cornell University's Medical School and the oldest and most prestigious orthopaedic residency program in the country. While there, he twice received the Lewis Clark Wagner Award for excellence in orthopaedic research as well as the American Orthopaedic Association – Zimmer Travel Award, a national award for orthopaedic research. Dr. Millett earned additional subspecialty, fellowship training in sports medicine, knee and shoulder surgery with Drs. Richard Steadman and Richard Hawkins in Vail, Colorado. As a fellow, he also served as an associate physician for the Denver Broncos professional football team, the Colorado Rockies Major League Baseball team, and the U.S. Ski Team.

Dr. Millett and his wife have four children and are very active in the Vail Valley community. An avid outdoorsman, Dr. Millett also enjoys skiing the powder of Vail's back bowls, snowcat skiing in Colorado's backcountry, road cycling the mountain passes, and golfing in the high country. When not working or spending time with his children, Dr. Millett also enjoys traveling the world pursuing his other lifelong passion, flyfishing, for literally anything that swims in either fresh or salt water!

Rotator Cuff Disorders and Their Treatment 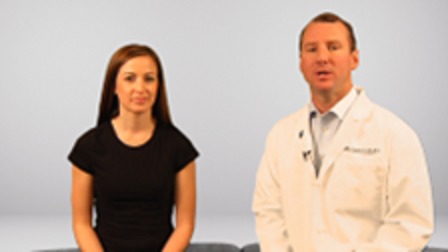 Dr. Peter Millett is an orthopaedic surgeon and partner at the Steadman Clinic, and is consistently selected as one of the "Best Doctors in America." In this course, he covers anatomy, evaluation, and rehabilitation of common rotator cuff… Read Morearrow_right