Instructor Bio:
Bill Temes received a Certificate in Physical Therapy from New York University and began practicing physical therapy in 1974. He earned his Master of Science degree in Physical Therapy from the University of Southern California in 1979. He became a certified specialist in orthopedic physical therapy (OCS by the American Physical Therapy Association) in 1996 and received his Certificate in Orthopaedic Manipulative Therapy (COMT) in 1994. He is a graduate of the North American Institute of Orthopaedic Manual Therapy (NAIOMT) Fellowship Program and received his Fellowship with the American Academy of Orthopedic Manual therapy in 1998.

He has studied and worked extensively in acute and chronic spinal pain and orthopedics. Bill currently works with patients 3 days/week and also serves as the Director of the Supervised Clinical Mentorship Program for Therapeutic Associates. Bill also teaches for and serves the Chief Administrative Officer for NAIOMT. Bill places a high value on maintaing a healthy lifestyle and enjoys bike riding, hiking, and skiing. Ask Bill about his two daughters, Amy and Lindsay, of whom he is very proud. Amy is also a Physical Therapist and works in the Southtowne Clinic, while Lindsay is a 1st Lieutenant in the U.S. Air Force. Bill is married to his favorite girl, Kathy, an Occupational Therapist for Sacred Heart.

Physiological Monitoring Tools for the Clinician 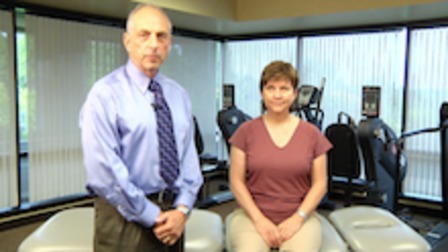 This course will be retired and no longer available as of April 1, 2020. Please complete the course by March 31, 2020, to receive credit.