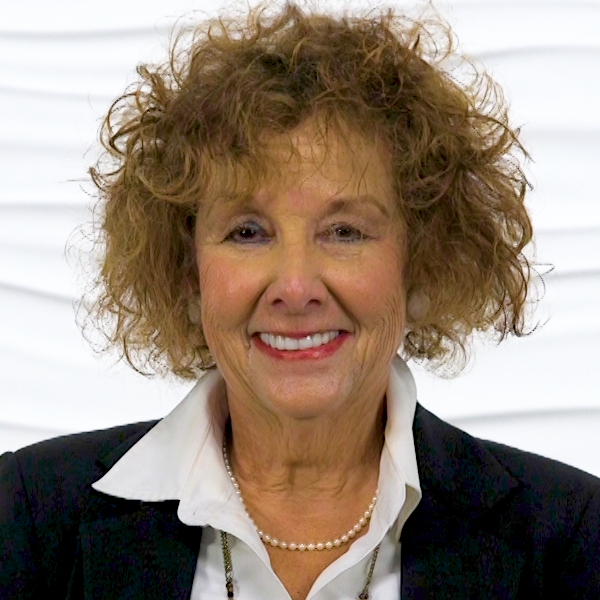 
Geraldine P. Wallach, Ph.D. (Dr. Gerry Wallach) is a Professor and Thesis Coordinator in the Department of Speech-Language Pathology at California State University, Long Beach, Long Beach, California. She teaches courses in childhood and school-age language disorders, assessment, phonology, and language development. She also supervises the Child & Adolescent Language Clinic and the Adult Language Clinic. She has been Co-Coordinator of the Field Placements for Schools. Prior to coming to Long Beach, Wallach served as a faculty member and an administrator at Emerson College in Boston and at the Emerson College Los Angeles Center. Wallach was a tenured Professor in the Department of Communication Disorders at Emerson College from 1980-1987. She taught undergraduate and graduate students and supervised Ph.D. students. She was Executive Director of the Los Angeles Center from 1987-2000.

Dr. Wallach has had a long history of higher education and public school experience. She has published extensively in the area of language learning disabilities and literacy. Among her texts are: Language intervention and academic success which she co-wrote with Dr. Lynda Miller. She co-edited, Language learning disabilities in school-age children and adolescents (Allyn & Bacon) with Dr. Katharine Butler. Wallach's text (2008), published by Elsevier/Mosby Publishing, is called Language intervention for school-age students: Setting goals for academic success. Among her publications are: "Comprehending comprehension: Selected possibilities for clinical practice within a multidimensional model" (with Dr. Alaine Ocampo) (Language, Speech, and Hearing Services in Schools [LSHSS], 48, 2017); "Improving clinical practice: A school-age and school-based perspective (LSHSS, 45, 2014); and "The Spoken-Written comprehension connection: Constructive intervention strategies" (with Charlton & Christie Bartholomew) in Handbook of language & literacy, 2014. She was the Issue Editor and a contributor for the 25th Anniversary Issue of Topics in Language Disorders (25:4, 2005).

Dr. Wallach is also a member of the Divas Plus One Players, a group of SLPs who uses humor and theme-based learning in their presentations for ASHA, State, and other organizations. She was a member of the ASHA Committee on the "Role of the Speech and Language Pathologist in the Treatment of Auditory Processing Disorders." Her article entitled, "Peeling the onion of Auditory Processing Disorders (APD): A language/curricular-based approach," appeared in LSHSS (April 2011 issue). She served as Topic Coordinator for the School-Age Language Learning Disabilities area for ASHA San Diego, 2011. Dr. Wallach received her B.A. in Speech & Theatre from Long Island University, her M.A. in Speech-Language Pathology from New York University & her Ph.D. in Speech & Hearing Sciences from the Graduate School & University Center of CUNY. She was elected an ASHA (American Speech-Language-Hearing Association) Fellow in 1993. She received the Honors of ASHA in 2015. She has also received Distinguished Service Awards and Outstanding Achievement Awards from the Massachusetts and California Speech-Language-and Hearing Associations respectively. She was chosen as "Most Valuable Professor" for the School of Health and Human Services at California State University, Long Beach in May 2005. Her current efforts are directed toward developing clinical and educational materials in language and literacy and continuing her research efforts in language comprehension and metalinguistic awareness. She is one of the editors (along with C. Addison Stone, Elaine R. Silliman, and Barbara J. Ehren) for the revised Handbook of Language and Literacy: Development and Disorders (NY: Guilford Publishing), published in 2014. 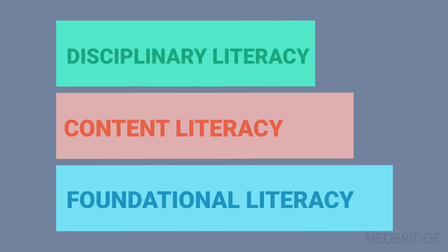 Creating effective language intervention that is focused on content area learning is a challenge across time. It is a particular challenge at the adolescent level for many reasons including the social and emotional nature of adolescence,… 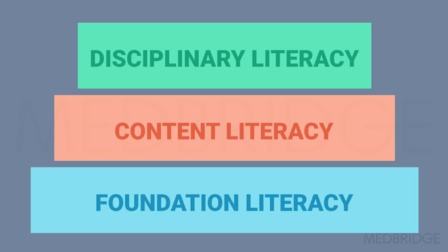 Continuing with the challenges facing adolescents with language and literacy problems, practitioners often ask: "What can I do to help students access the curriculum, thrive, and survive in the classroom, and acquire the literacy skills… 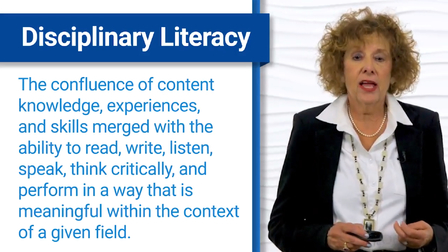 Professionals working with older students with language/ literacy-based disorders often use the term "strategy" (or "strategies") to define what they do with their students. One often hears remarks like: "My clinical strategy is to..."…